History and culture of the Sakaori terraced rice fields area 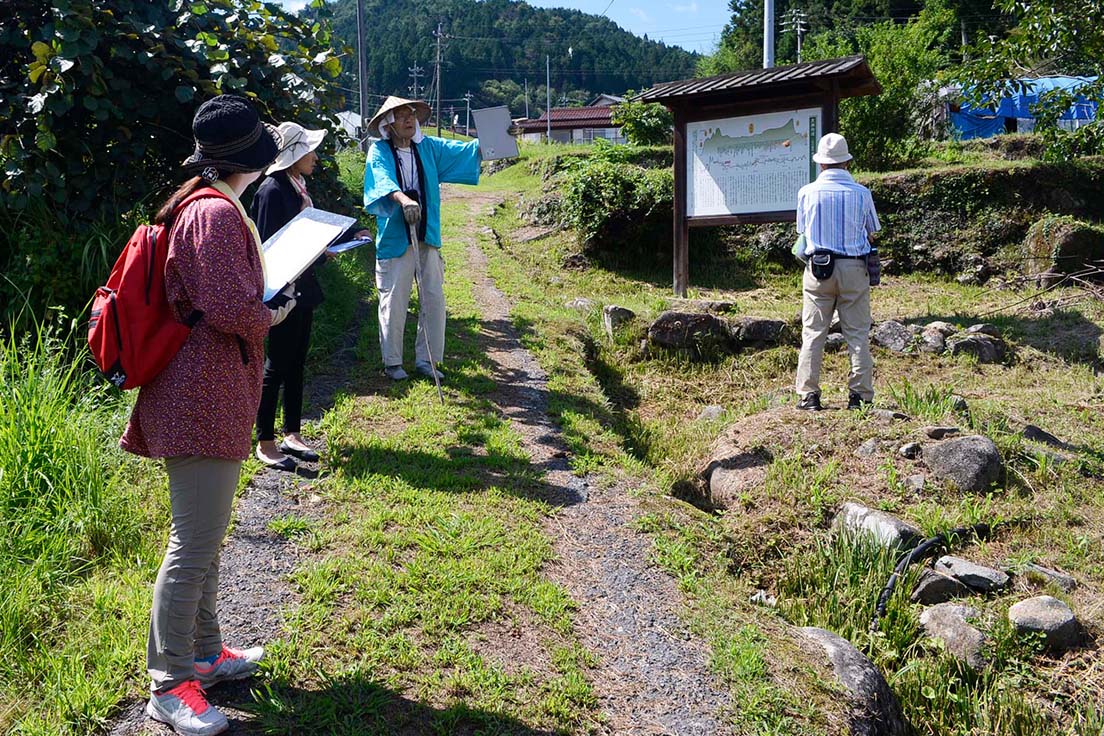 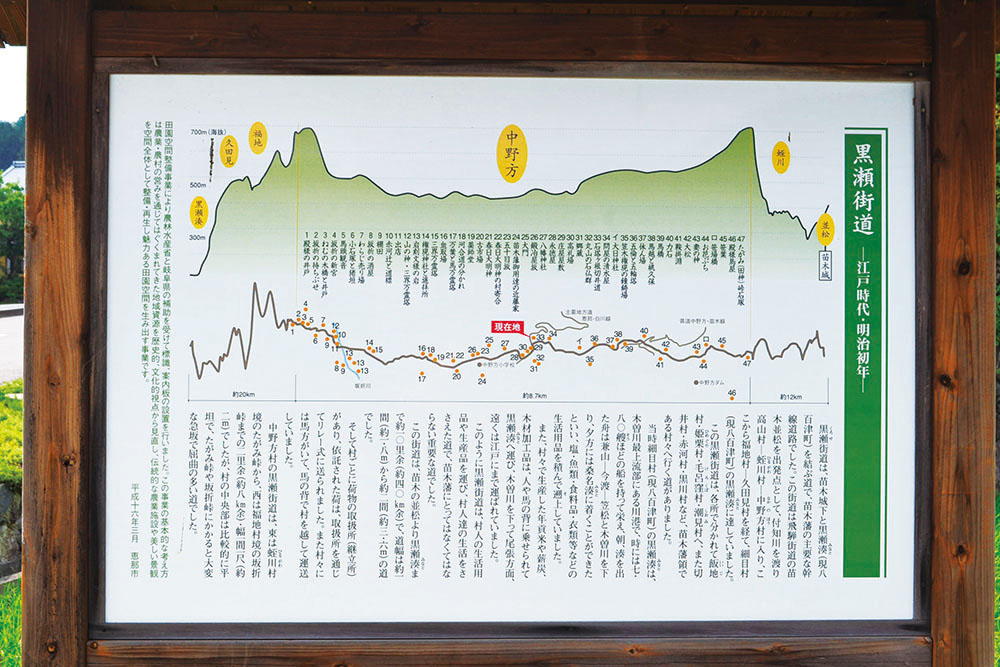 This is an old road that passed through the Sakaori terraced rice field area, In the old days (from the 1600s), people used this road to carry goods. It was an important trunk road between nearby Yaotsu town and Naegi town (now in Nakatsugawa city). 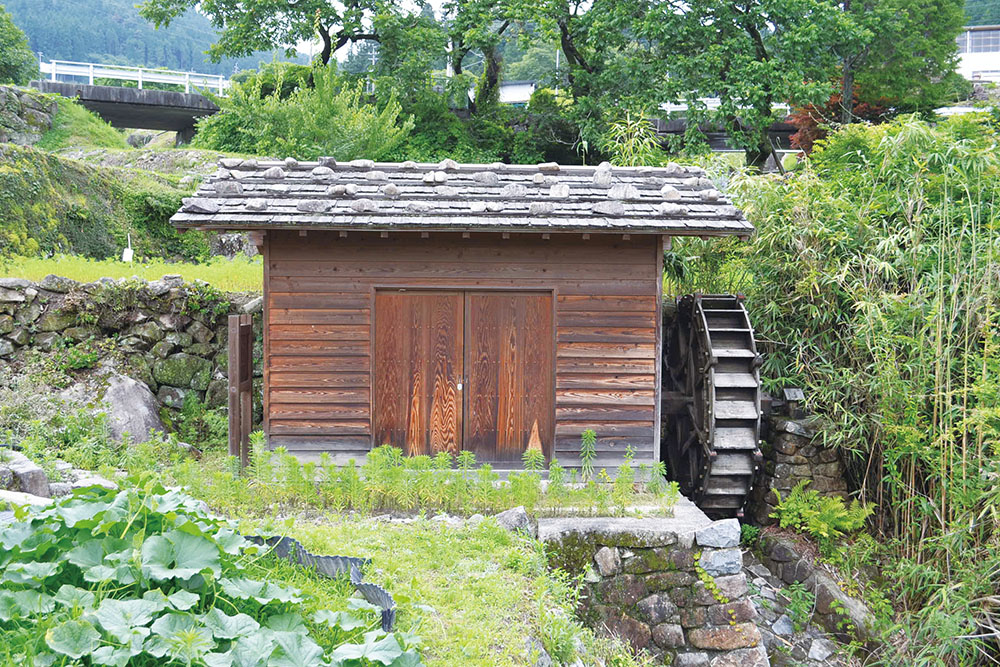 Originally, there were watermills at six different locations along the Sakaori river. They were used for the milling of rice. This all changed due to modernization and economic changes in 1961. The one remaining water mill was restored to show the traditional method of rice milling. 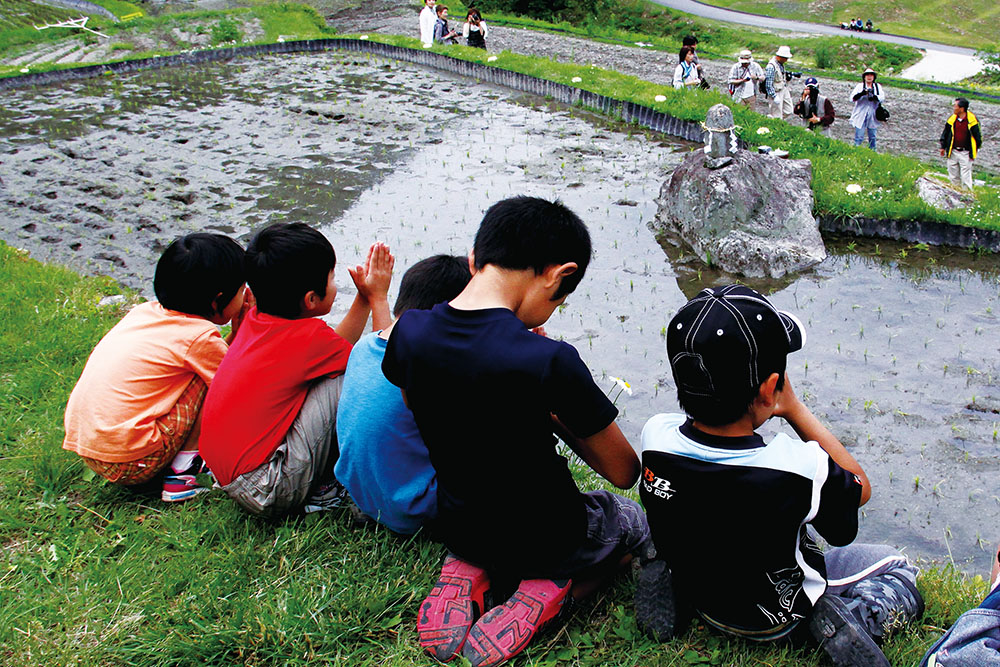 Haijoketsu – the rock to pray for rain 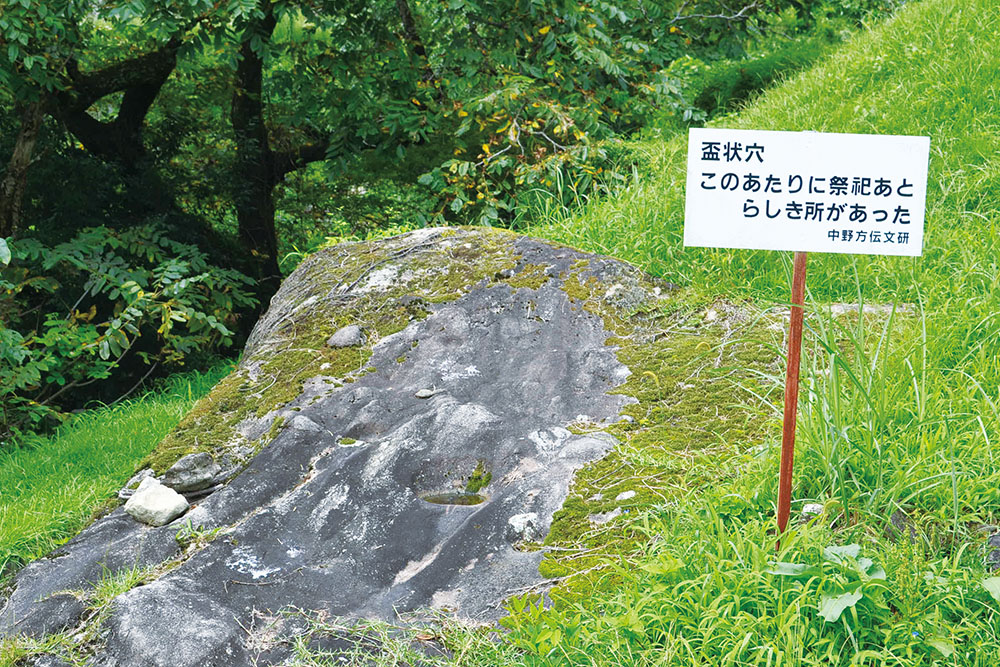 This large rock has many indents in its surface. Long ago, people would pour water in to these indents and pray for rain. 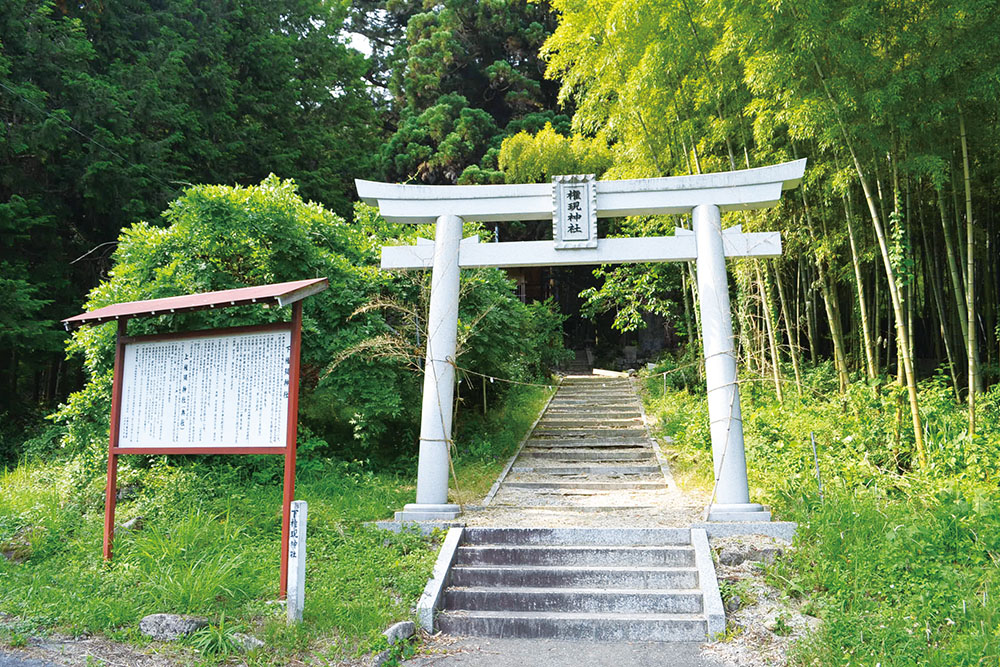 This shrine is located at the foot of Mount Gongen and has been a place of worship for the people of the region since the Edo period (1600s). The shrine is surrounded by many huge trees. The big cedar tree is called “Gongen Oosugi” (Giant Gongen Cedar tree) by many people. 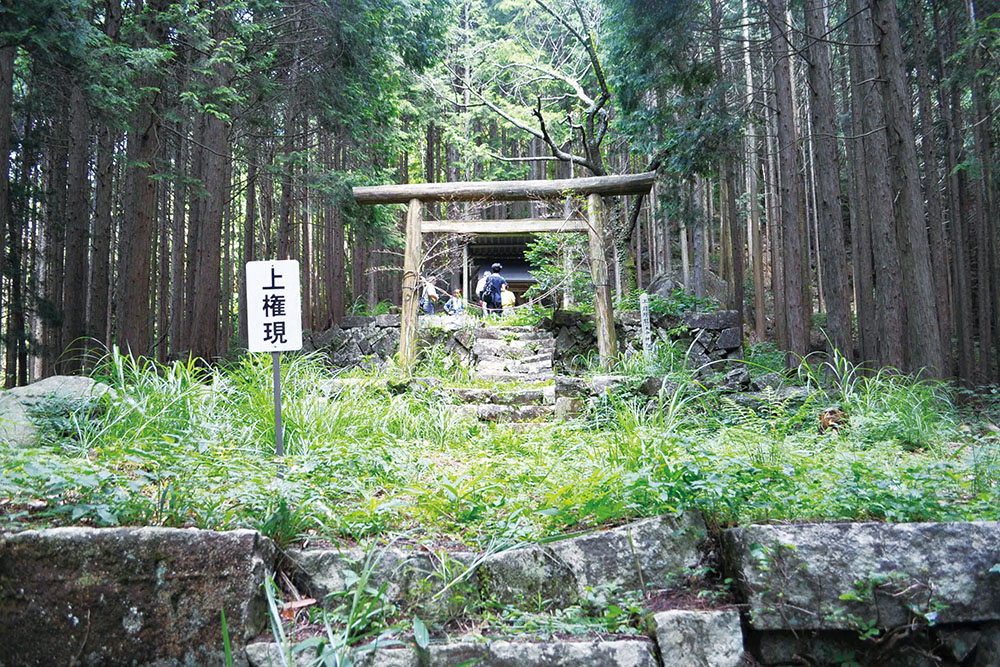 This shrine is located near to the top of Mount Gongen. There is a huge stone called “Yamabushiiwa” near this shrine. From here, you can see the whole area of the Sakaori terraced rice fields.