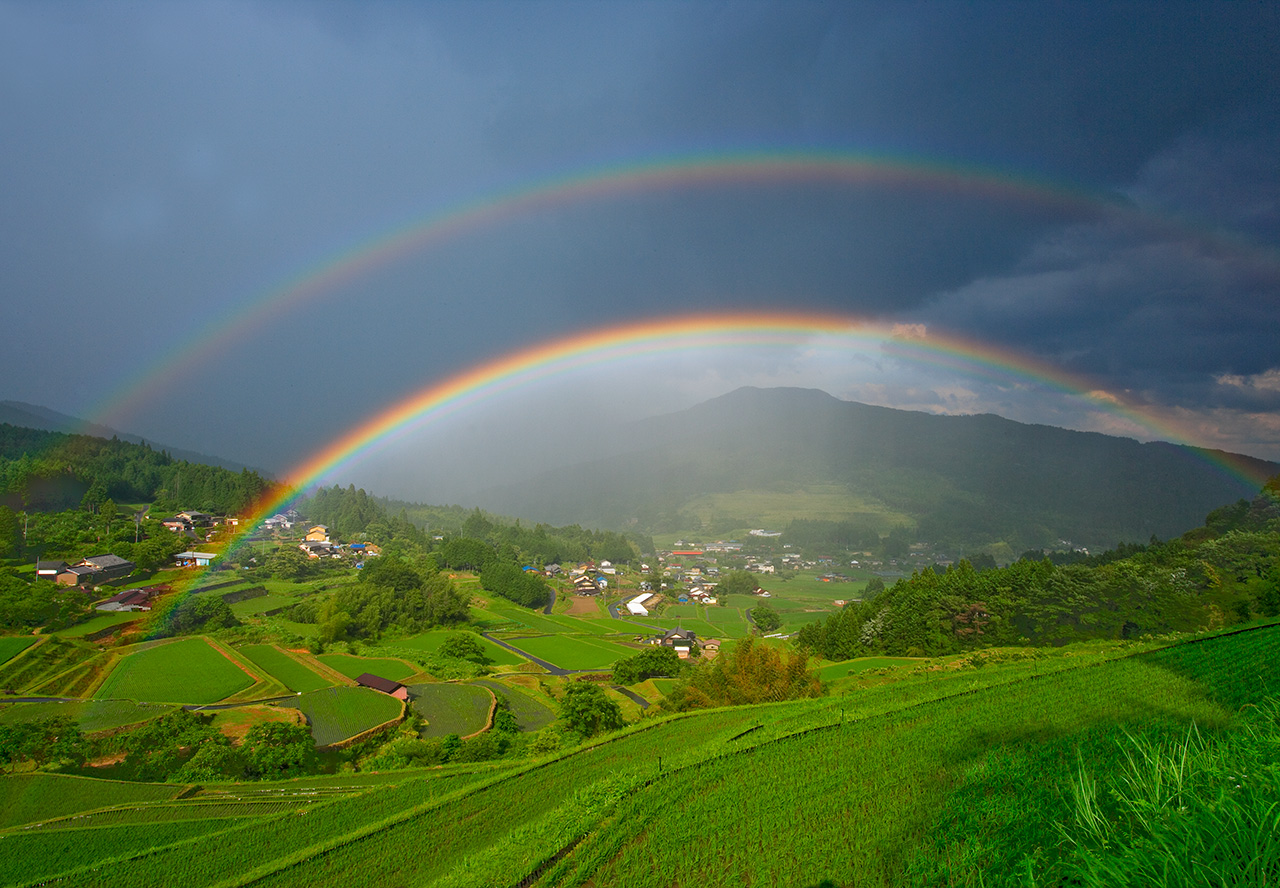 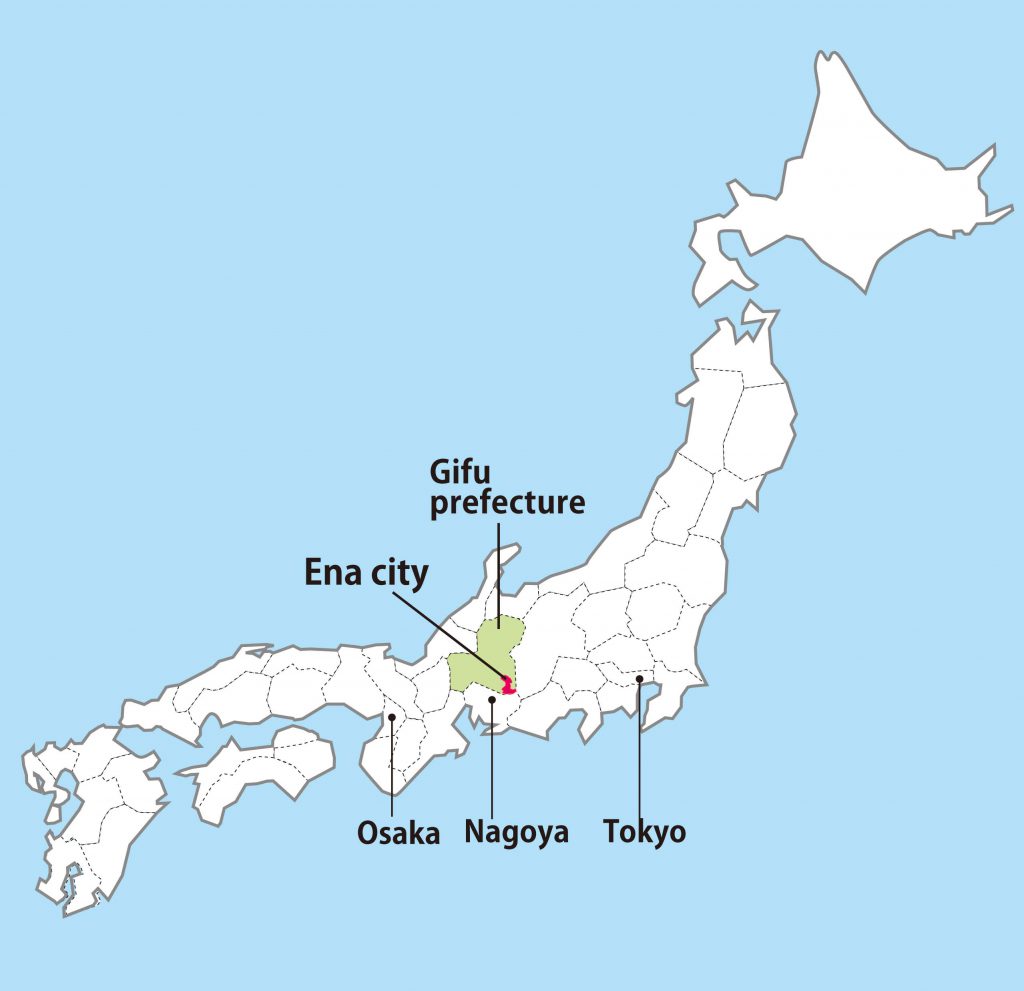 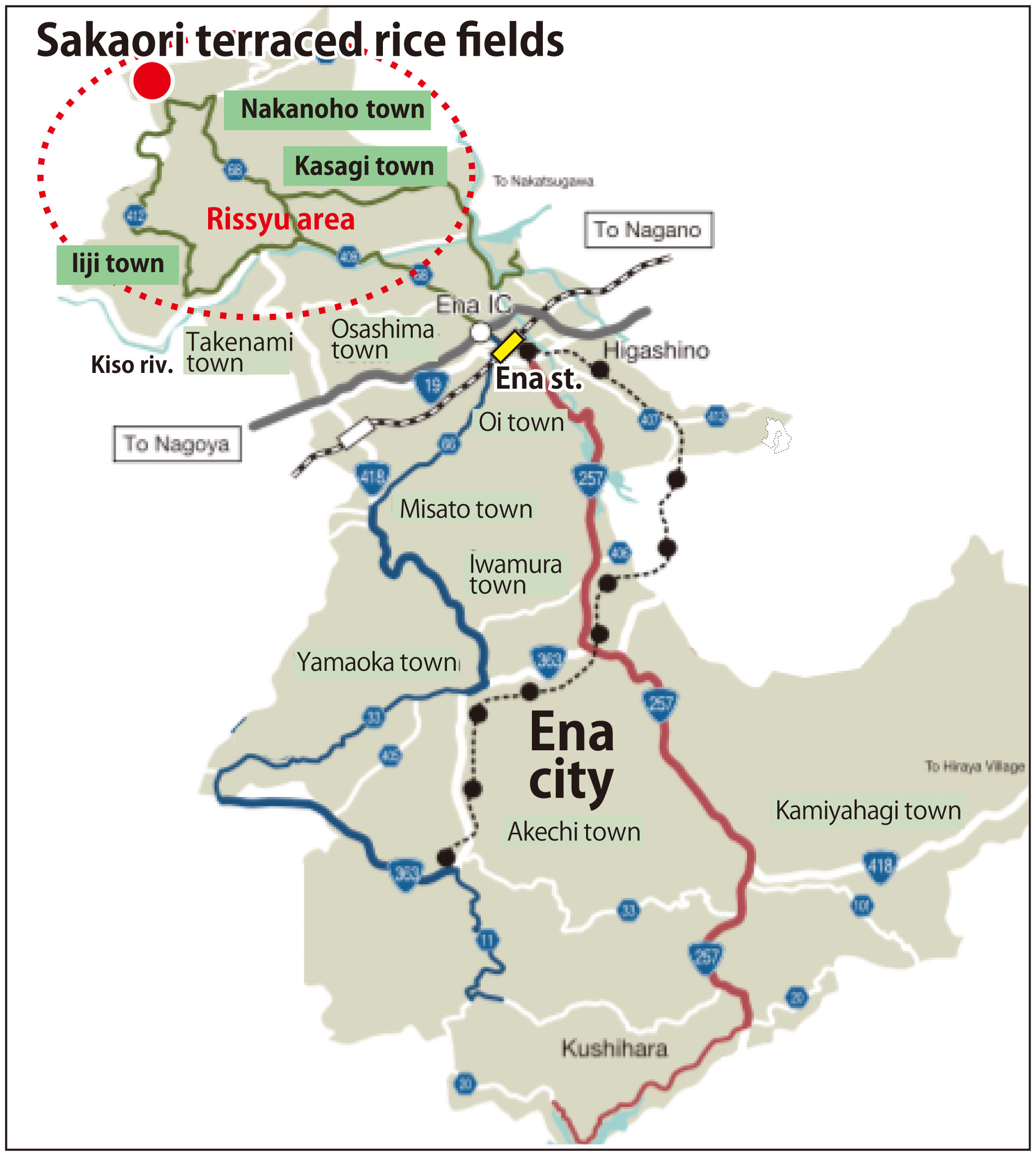 Nakanoho is located in the northern part of Ena city, in the basin of the Kiso river. The town is surrounded by mountains, which reach heights of over 800m – including Mount Kasagi, which reaches 1127.9m at its peak. The river of the same name (Nakanoho river) also flows through the middle of the town. The population of the town is 1557 people, split among 543 households (according to data in 2018). The town is mainly agricultural and surrounded by rich nature.

The area is made up of the 3 towns at the foot of Mount Kasagi – Nakanoho, Kasagi and Iiji. The area forms the southern tip of the Mino Hida mountain range, with the Kiso river flowing from east to west through the area.

Ena city is located approximately 60km from Nagoya city. Located in the south-eastern corner of Gifu prefecture, the city borders both Aichi and Nagano prefectures. It is an area that is blessed with an abundance of nature and beautiful scenery.

Nagomi no ie is the information center for the Sakaori terraced rice fields area and is located in the middle of the terraced rice fields. It is a one-story building that houses 2 meeting rooms, toilets, male and female shower facilities, a cafeteria/shop (including a tea room), a wooden deck and a parking lot. 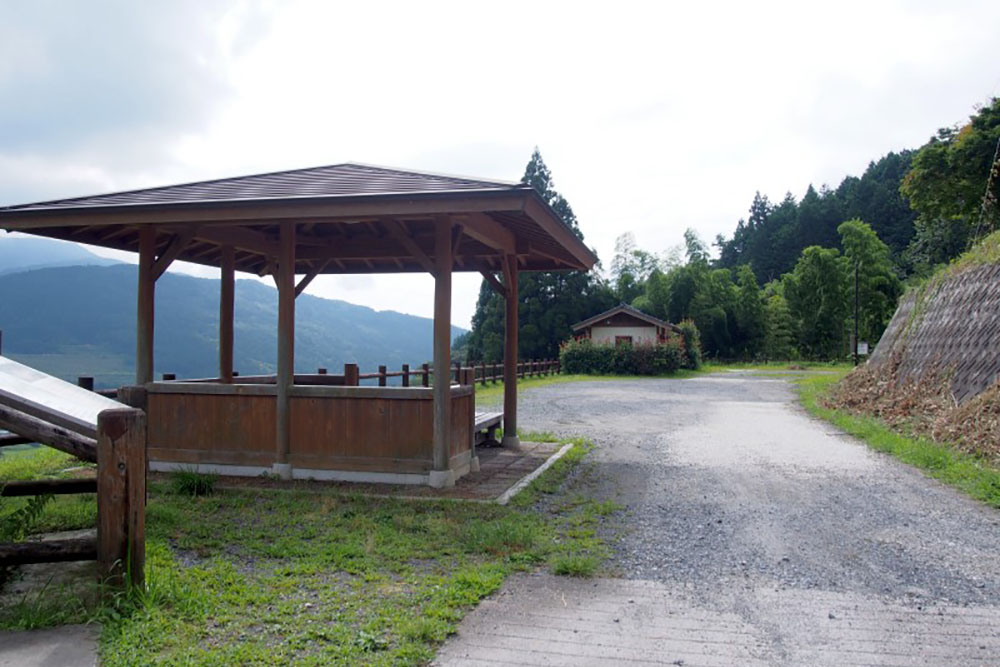 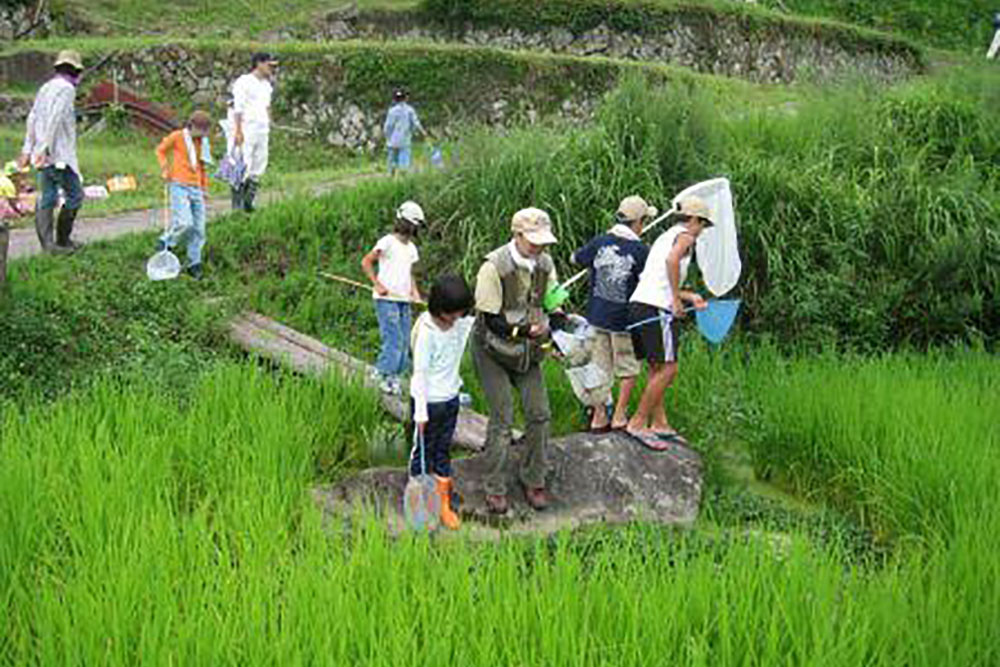 In 2007, we created a biotope to observe various local organisms that inhabit the terraced rice fields. It is inhabited by frogs, dragonflies and loach to name but a few. We hold nature experiences for the local children of Nakanoho each year. 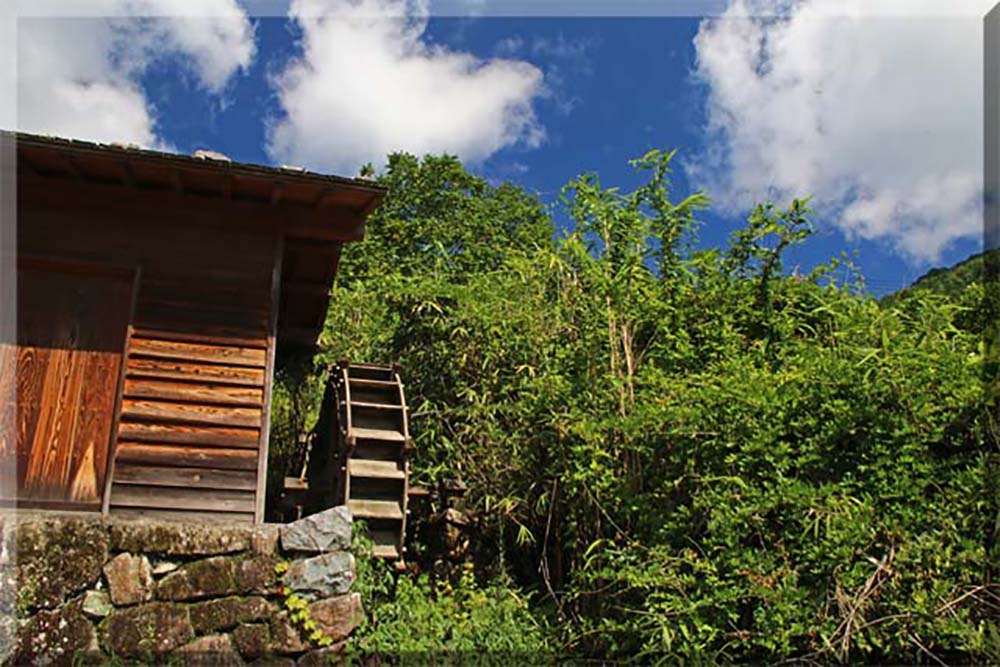 There used to be watermills at six different locations on the Sakaori river. The power from the watermills was used for milling rice. However, around 1961, their role ceased due to changing economic circumstances. The current, existing watermill was restored to show the traditional method of milling rice.